If you are thinking of buying a holiday property in Spain or if you already own it, it is very important to know what your obligations are as non resident property owner in Spain and comply them with the Spanish Tax Authorities.

The annual non resident tax, submitted with the form 210, is a government tax paid for the imputed income tax, rental tax, or the combination of these two.

Related: Council tax in Spain (IBI): A Guide to the Spanish Property Tax

Who has to pay the imputed non resident tax in Spain for the property?

When is it paid?

Deadline to pay it is 31st December and it covers the previous year. In Spain the fiscal year coincides with the natural year, from January 1st to December 31st.

How is it declared and paid the non resident rental tax?

If the property is rented out, it is also needed to declare and pay the corresponding rental tax in Spain. This is declared and paid quarterly:

How can the Spanish Authorities find out a debt of this tax?

The Spanish Tax Authorities are increasingly cross-referencing information to find out possible irregularities, for example, with the electricity consumption. You will only be notified by them at your Spanish address. Most non-residents seriously consider to appoint a fiscal representative in Spain to represent them before the Spanish Ministry of Taxes so any notification is sent to the fiscal representative appointed.

What happens if these non resident property taxes are not paid?

A non payment of these taxes can cause late payment interests and sanctions, and even the seizure of the bank account.

In Oremfi by Aserpro we can help you to calculate and pay your Spanish non resident tax on time and act as your fiscal representative in Spain. Your notifications from the Tax Authorities then could be sent to us, so they would be answered in the proper time too. For more information with regards to this tax or any other fiscal or legal question you may have, do not hesitate to contact us  by email at info@oremfi-by-aserpro.com, by phone at (0034) 9665717175 or via the online form. 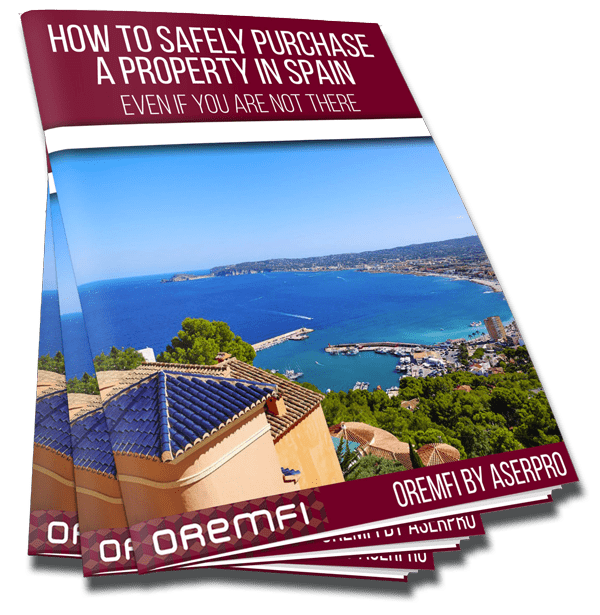 Get your FREE
GUIDE!

Ask today for the advice of our experts.